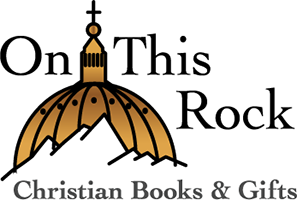 What is a Novena?

A novena is a series of prayers that are said for nine straight days, usually as a prayer of petition but sometimes as a prayer of thanksgiving. The nine days recall the nine days that the Apostles and the Blessed Virgin Mary spent in prayer between Ascension Thursday and Pentecost Sunday. While the word novena comes from the Latin novem, meaning "nine," the term has also come to be used generically to refer to any lengthy series of prayers.

What is Divine Mercy?

On the Second Sunday of Easter of the Jubilee Year 2000, at the Mass for the canonization of St. Faustina Kowalska, Pope John Paul II proclaimed to the world that “from now on throughout the Church this Sunday will be called Divine Mercy Sunday.” To learn more please visit http://thedivinemercy.org/message/

What does IHS mean? 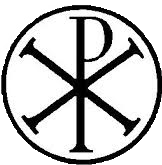 IHS really means – Jesus. The name "Jesus", in Greek, is written ιησους which is transliterated as “ihsous” and pronounced iēsous. This is the Holy Name as it was written in the Gospels. However, in Hebrew, the name “Jesus” is written ישוע which is transliterated as “yeshu‘a” and pronounced yeshūa. Finally, in Latin, the Holy Name is written Iesus which gives us the English “Jesus”, since the “j” often replaces the “i” at the beginning of a word (as well as between vowels).

What is an Imprimatur?

(from Latin, "let it be printed") is, in the proper sense, a declaration authorizing publication of a book. The term is also applied loosely to any mark of approval or endorsement.

What is the the Miraculous Medal?

Medal of the Immaculate Conception (aka Miraculous Medal),
a medal created by Saint Catherine Labouré in response to a request from the Blessed Virgin Mary who allegedly appeared rue du Bac, Paris, in 1830. The message on the recto reads: "O Mary, conceived without sin, pray for us who have recourse to thee — 1830".

(French: Médaille miraculeuse), also known as the Medal of the Immaculate Conception, is a medal, the design of which was originated by Saint Catherine Labouré. Although not an official teaching of the Catholic Church, some Catholics believe that wearing the medal with faith and devotion can bring special graces through the intercession of Mary at the hour of death.

Explanation of St. Benedict medal: The Saint Benedict Medal is a Christian sacramental medal containing symbols and text related to the life of Saint Benedict of Nursia, used by Roman Catholics, as well as Anglicans, Lutherans, Methodists and the Western Orthodox, in the Benedictine Christian tradition, especially votarists and oblates.

The medal is one of the oldest and most honored medals used by Christians and due to the belief in its power against evil is also known as the "devil-chasing medal". Asearly as the 11th century, it may have initially had the form of Saint Benedict's cross,and was used by pope Leo IX.

The reverse side of the medal carries the Vade retro satana ("Step back, Satan") formula which has been used by Christians to ward off evil since the 15th century. Sometimes carried as part of the rosary, it is also found individually.

In widespread use after its formal approval by pope Benedict XIV in the 18th century, the medal is used by Roman Catholics to ward off spiritual and physical dangers, especially those related to evil, poison, and temptation.

History of the St. Benedict's Medal

The Seven Sacraments of the Catholic Church